Keep Calm: Here's Today's Misrepresentation of Radical Behaviourism (and What You Can Do To Protect Yourself From It)

In what someone, somewhere clearly thought would be a good way of filling time during the quiet news month of January, many influential writers and thinkers were asked, "what scientific idea is due for retirement in 2014"?

Among the 174 responses, which include a range of topics such as quantum physics, statistics, and evolutionary biology, is a contribution from leading autism expert, Professor Simon Baron-Cohen. Prof. Baron-Cohen thinks that "Radical Behaviourism" should be retired in 2014. He claims that radical behaviourism:
There is so much wrong with this argument that it is hard to know where to start. Professor Richard Hastings has delivered an excellent riposte to Baron-Cohen's "retirement anti-eulogy" by describing a dystopian vision of what the world might actually look like without radical behaviourism. In fact, the influence of behavioural thinking is far deeper ingrained in our scientific and cultural lives than Baron-Cohen might think. Lee Hulbert-Williams has also just responded.

Here, I wish to briefly address the stated reasons for why Baron-Cohen thinks radical behaviourism should be wiped from the annals of scientific history. In so doing, I will revisit many of the same issues and mistakes made by undergraduates as they grapple with the history of psychology and with behaviorism's place within it.

Point 1. Do Amoeba Dream of Blackfish?

Now, that's radical compared to Watson's behaviorism in which all unobservable events were excluded from scientific analysis. Watson emphasised overt, observable dimensions of behaviour as his sole subject matter. He wasn't concerned with what may be going on "under the hood". 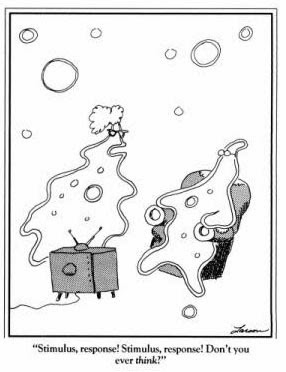 So, thinking and feeling do play a role in modern radical behaviorism (and are far more complex than simple stimulus-response associations); it's just that such events are not given causal status in behavioural analysis. It's a complex, philosophical argument to fully describe but private events are basically deemed "behaviour" (as a mass noun, not a count noun) and all such behaviour is the product of environmental events working in tandem with evolutionary (phylogenic) and individual (ontogenic) variables. Change the environment and behaviour changes (including thoughts).

Point 2: We're Not Talking About A Revolution!

Talking in terms of a "cognitive revolution" is now old hat and a woeful over-simplification of how the self-corrective processes of science actually work. As Henry Roediger has written ("What Happened to Behaviorism?"), it is a "cartoon view of the history of psychology" and behaviourism has today "won the intellectual debate".

When someone critiques a field of enquiry outside of their own and in ways that illustrate they have little or no expertise in what they are commenting on (I am unclear as to Baron-Cohen's training in behaviourism and his ability to keep up with modern developments in the literature), then Chomsky is usually never far behind. Wow, never has a single book review been said to exert so much power, and for so long! That's because it's not credible.

But, if we were to believe the hype, then Chomsky not only trashed Skinner's functional account of language but also torpedoed a research agenda of an entire discipline before it even had a chance to gain momentum. This is inaccurate on several levels.

Skinner's account, while limited, has been cited countless times and forms the basis of numerous effective and well-validated intervention strategies designed to get people with developmental disorders, brain injury, and other conditions to speak (or once lost, to regain the ability to speak). For sure, it may not have had quite the impact outside of behaviour analysis that many would have liked, particularly in the domain of complex human language and cognition, but if Baron-Cohen had kept up with his reading over the past few decades he would have encountered more than a fair share of exciting modern developments in this domain. Relational frame theory (RFT), for instance, is a post-Skinnerian behavioural account of language and cognition that has generated lots of research and aims to move beyond some of the limitations of Skinner's conceptual account, which is, let's face it is more than 50 years old!

No one doubts the role of evolved abilities and neurocognitive systems in language, certainly not in behaviourism. Most behaviourists agree with Baron-Cohen that "there is more to behavior than just learned associations". Indeed, discriminative stimuli, conditional stimuli, contextual cues, motivating operations, reinforcement history, and other current and situational demands all exert an influence over behaviour.

But anyone with even a passing knowledge of behaviour principles would know that. Sometimes, all of the answers to life's questions can't be answered on the basis of a Psych 101 class. 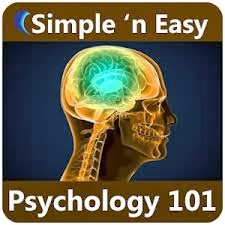 Point 5. The Road to Nowhere.


How does one evaluate the claim that radical behaviourism is "scientifically uninformative"? With a Talking Heads video, of course!

Radical behaviourism, the philosophy of the science of behavior, is elegant, practical and parsimonious. It rejects hypothetical constructs and mediational variables. They simply impede progress towards the stated goals of science: prediction and influence (with precision, scope and depth). It rejects the hypothetico-deductive model, emphasises inductive research methods (including single case or small-n designs), acknowledges a clear role for theory, particularly what is known as analytic-abstractive theory, in science and forms the basis of modern, functional contextual approaches to human psychology. Uninformative? I think not. 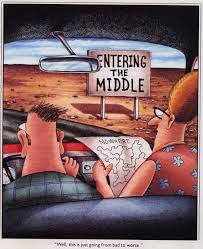 Point 6: Has Anyone Seen Blackfish?

Perhaps the most striking aspect of Baron-Cohen's misinformed tract against radical behaviourism, is his failure to acknowledge the empirical support for treatments based on radical behaviourism, such as applied behaviour analysis for autism spectrum disorders. Instead, Baron-Cohen concludes his piece with an anecdote about animal training, such as that undertaken with killer whales at places like Seaworld in the USA (and the subject of a compelling recent documentary called Blackfish). 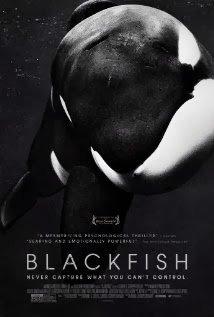 If we focus on animal training for a moment, behavioural principles have been used to train rats to detect landmines and tuberculosis (TB), honey bees to detect explosives, dolphins and other marine mammals in naval operations, and in training "seeing-eye" or guide dogs (without having to worry about "who or what the animal really is"). There are numerous other examples.

Putting animal training aside, Baron-Cohen must be aware of the effectiveness of applied behaviour analysis for autism. After all, he chaired the committee responsible for drawing up the NICE clinical guidelines on autism in adults. Quoting from the guidelines (thanks to Richie May for this), we find:

Now, that sounds very behavioural to me.

Perhaps Baron-Cohen prefers to think of radical behaviourism as being synonymous with 'behavior modification', in which the underlying causes of the behaviour in question were often overlooked at the expense of conducting a reductive intervention, and not with 'applied behaviour analysis', where the function of behaviour is matched to (individualised) treatment, then so be it.

I hope I have shown that this is an historically inaccurate stance which only serves to reinforce the impression that he is a little too far removed from what he is critiquing.

Coming next: my take on quantum mechanics!