The Contingencies of Smoking Cessation Interventions in Pregnancy 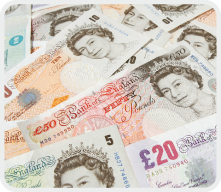 A study has just been published in the BMJ on the effects of financial incentives on smoking cessation in pregnancy. Tappin et al. (2015) conducted one of the first studies of voucher-based reinforcement for health related behaviour change in the UK, and the findings have generated considerable media coverage.

I've always been interested in the applications of the principles of reinforcement, derived from operant conditioning, to the treatment of health related behaviour change. For several years, I've taught undergraduate and postgraduate classes on the topics of "incentive therapy" or "voucher based reinforcement" or "contingency management" (CM) or a host of other terms used to describe the same approach (I'll use these terms interchangeably). And, I've often wondered why it has taken UK researchers so long to adopt these protocols, which have been proven to be effective at reducing problematic behaviour, such as substance abuse (e.g., here, here and here), increasing medication adherence (e.g., here and here), attendance (e.g., here), and for increasing healthy behaviour (e.g., here) in other countries around the world such as the USA. So, the present trial is to be welcomed. It joins a handful of other such studies from UK based researchers on contingency management for vaccination adherence/substance abuse (Weaver et al., 2014) and breastfeeding (Relton et al., 2014).

There are, however, some unique features to this latest UK based research which I think warrant further consideration, and hopefully, funding.

According to Petry (2002), CM interventions have three basic tenets:

These three steps must be present for a study to constitute an example of contingency management incentives. This isn't just an academic point; these tenets describe how operant conditioning procedures, and in particular reinforcement, are implemented. If one or more step is missing or changed, then it's not an instance of voucher reinforcement CM.

Another defining feature of voucher based reinforcement studies is the use of escalating schedules of reinforcement. These schedules initially provide a fixed sum, say a £10 voucher, contingent on the presence of the target behaviour (in this case, the absence of objectively verified breath carbon monoxide, CO). The next time the criterion for reinforcement is met (e.g., CO levels under a certain parts per million threshold, for instance) it is followed by an increased quantity of the reinforcer (£15, for example). This quantity increases as the criterion for reinforcement is met again across successive sessions, but crucially it resets the moment criterion is not met. So, if CO levels above the set threshold are detected (i.e., the target behaviour is absent), the schedule resets to the original value and the participant has to once again meet criterion to start earning vouchers again.

The escalating schedule requires multiple opportunities to earn reinforcement, so repeated measurement of the target behaviour is crucial (e.g., here). On (re-)reading the procedures of Tappin et al., it appears that, strictly speaking, they did not employ an escalating schedule and did not undertake multiple, repeated assessments (other than just 3 sessions).

The intervention group received £50 if they attended their first face to face consultation and set a date to quit at the outset of the trial. Note that there were no contingencies in place for abstinence at this stage. Four weeks later, smoking status was confirmed with a CO breath test. If the test was < 10 ppm CO, then a further £50 voucher was earned. Twelve weeks later, those who has quit smoking at four weeks were again contacted and provided a CO2 test. If abstinent, a £100 voucher was earned. Then, between 34 and 38 weeks’ gestation, self-reported quitters were once again asked to provide a CO2 recording, and if abstinent they earned a £200 voucher.

Although the magnitude of reinforcement remained the same from session one to two, it increased in the third and fourth assessments but it did not reset to zero contingent on a positive breath test (i.e., > 10 ppm). There were also only three opportunities available to earn vouchers (apart from the first session, where £50 was available but it was not contingent on any objective health related behaviour change, just showing up at the session). Moreover, the three CO measures were obtained from only those participants who self-reported quitting, and we all know how unreliable self-reports can be.

***!!STOP PRESS!! This study used an escalating schedule of financial incentives with pregnant women seeking to stop smoking; it worked. See here for a full text version of the study.***

In the intervention group, vouchers were contingent on CO readings of <10 ppm. At the outset of the study, however, inclusion criteria consisted of CO levels of at least 7 ppm, which “indicates current smoking” status. No further justification is given for the use of <10 ppm or 7 ppm, and only participants' baseline ppm levels are reported.

Let's look at the ppm readings: not surprisingly, levels did not differ between the intervention and control groups (13.65 and 13.14 ppm, respectively). These are high levels and suggest that all participants were heavy smokers. Subsequent analyses of CO ppm are not provided, other than numbers of participants who were ‘CO negative’.

Tappin et al. do cite a previous study from their group (Unman et al., 2008) that tested the conventional standard of 8 ppm, which others had claimed was too high and should be reduced to 2 or 3 ppm in the general population and to 4 ppm in post-partum women. Unman et al. concluded that “The current paper concurs with cut-off levels of 2 ppm and 3 ppm in the antenatal clinic setting to detect, with reasonable accuracy and discrimination, women who are smokers.”

So, why not target similar levels in the study? Or why not justify < 10 ppm? Clearly, participants in the intervention group could meet criterion for reinforcement with CO levels of 9 ppm, which is an obvious improvement but perhaps not worthy of such concerted attention? Why not differentially shape a reduction in breath CO levels? A study from the applied behaviour analysis literature did precisely this in a changing-criterion design with individuals with developmental disabilities (see here). But, I digress.

Previously, Heil et al. (2008) have used a threshold of CO < 6 ppm from week 3 of their study (with breath CO levels the key criterion for reinforcement during the initial 5 days of the smoking cessation intervention) and, critically, vouchers were contingent on urine-cotinine levels of <80ng/ml, which required “a longer duration of smoking abstinence than breath CO” (p.1011). Higgins et al. (2010) used the same levels.

In the Tappin et al. study, urine-cotinine was also measured but just once at the end of the study, which was at 34-38 weeks’ gestation and there no contingencies were in place for high or low levels. That is, voucher reinforcement was only in effect for CO ppm, not for urine-cotinine, and that was at three fixed points separated by extended periods of time. The urine-cotinine data of Tapping et al. showed however that 80% of the self-reported quitters (only 14 women) had in fact quit during pregnancy.

This is an interesting secondary measure, but it remains unclear why urine-cotinine was targeted more often during the study and why a threshold of <10 ppm was adopted.

Self-report measures constituted several of the secondary outcome measures, but other, objective measures were also reported. For instance, the birth weight of babies born to mothers in the different groups was recorded because previous research (Heil et al., 2008) has shown this to be a sensitive measure of intervention effectiveness.

This is disappointing, particularly as other studies (e.g., Heil et al., 2008, Higgins et al., 2010) have found positive effects on birth outcomes and reductions in miscarriages. It is possible that these differences were due to the delayed contingencies, infrequent assessment and partial escalating schedule employed (although further research and lot of grant funding is needed to test this!).

In the Discussion section of their article, Tappin et al. mention the "four studies (three in the United States, one in the United Kingdom) included in the BIBS (benefits of incentives for breastfeeding and smoking cessation in pregnancy) systematic review 2014 of financial incentives for smoking cessation in pregnancy included 332 participants in total." (p.4)

The review cited was in fact a one-page meeting abstract published in the Lancet:

I couldn't find a References section for this article so with a little more detective work I unearthed a survey, also by Hoddinott and colleagues, of "public acceptability of financial incentives for smoking cessation in pregnancy and breastfeeding" published in BMJ Open in 2014.

Two of these are review articles (Chamberlain et al. and Higgins et al.) while the other article is the meeting abstract I mentioned previously.

When I teach this topic, the Heil et al. (2008) and Higgins et al. (2011) articles are the first I refer to, so it's odd that they were not cited here. It also remains unclear what the one UK study of voucher incentives for smoking cessation is.


There is much to commend in this study, however closer adherence to published reinforcement protocols in further studies can only serve to boost the potential impact and effectiveness of this unique approach to behaviour change.